In our previous tutorials, we have learned how to create a Wi-Fi site survey project using Acrylic Wi-Fi Heatmaps and how to calibrate a map for a site survey analysis. In this tutorial, we will learn how to generate a Wi-Fi heatmap or coverage map.

In order to generate a Wi-Fi report on Acrylic Wi-Fi HeatMaps, a number of requirements should be met:

The Wi-Fi coverage report parameters that can be configured from the “Reports” menu are:

A report can be generated in two different formats: as a Microsoft Word document, or as a KMZ file, for viewing on Google Earth.

The selection of the access points to be included in the report can be done from three different tabs:

In the sorted by physical AP view, you will see a list of AP’s where the last digit of their respective MAC addresses (BSSID) is hidden. A physical access point could, for example, create 8 different virtual access points, propagating 4 networks on 2.4Ghz and these same networks on 5Ghz.

Maps Included in a Coverage Report

The scroll-down selector on the “Report generator” section displays all maps supported by Acrylic Wi-Fi Heatmaps and the report sections, in which you can find an inventory of discovered networks, routes followed in the site survey, measurement points inventory, etc. 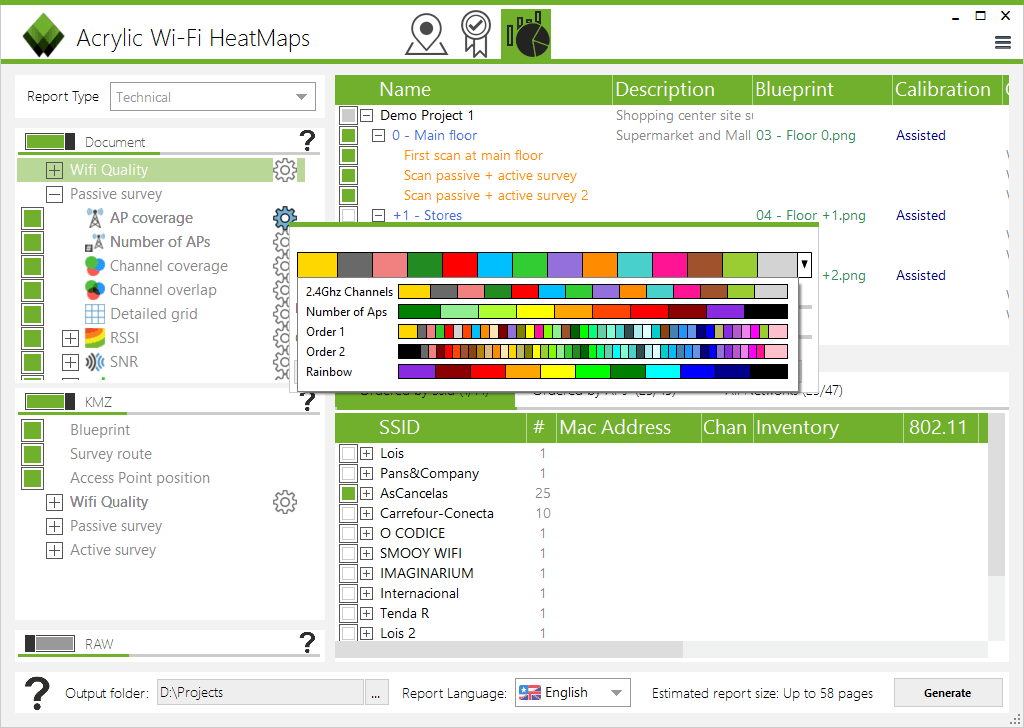 The Wi-Fi site survey report section configuration is very flexible and it has its own attributes such as color scheme or signal ranges.

These color schemes are different for each type of map.

After selecting all the options of your choice, clicking on the “Generate” button will start the Wi-Fi coverage report generation process. For each selected access point, many different coverage maps are to be rendered.

From Google Earth, you will also be able to visualize the generated results for each Wi-Fi access point.

You can refer to and download sample Wi-Fi coverage reports generated by Acrylic Wi-Fi Heatmaps in real environments.

You may also be interested in the following site survey software tutorials for Acrylic Wi-Fi Heatmaps: 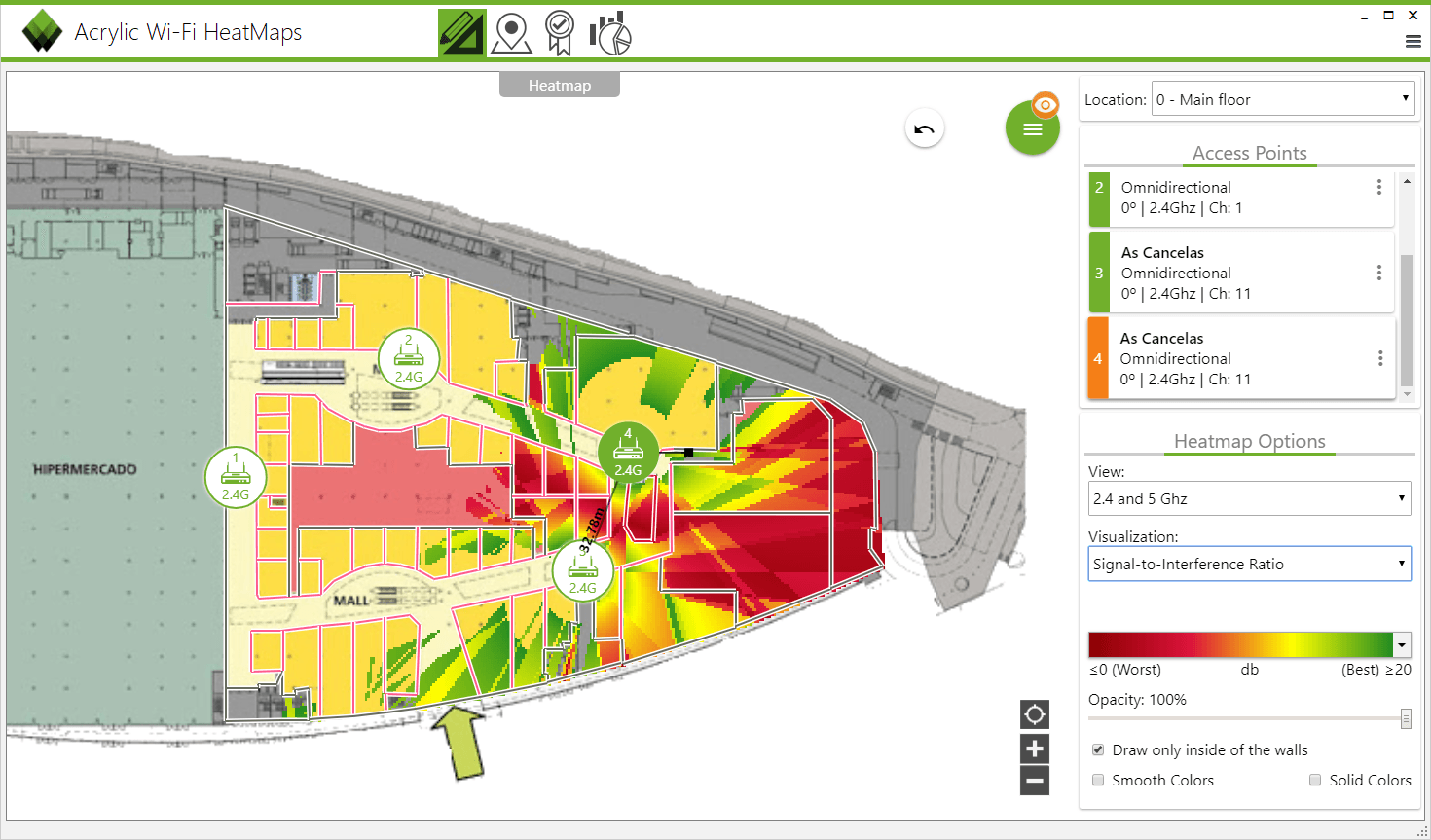 Wi-Fi Spectrum Analysis, How to Perform One, and What Information It Provides

How to Create a Wireless Network Site Survey Project