interferences in the wifi spectrum are common ?

Yes, in 2.4GHz the interferences in the wifi spectrum are very common because it is a public band in which any wireless device can emit.

Within the Wi-Fi radioelectric spectrum designated for Wi-Fi communications (802.11b/g/n), we can find a large number of devices that not always coexist in the medium in a friendly and orderly fashion.

The 2.4GHz (2400-2500 MHz) range is an unlicensed frequency band, which means that no special permits or strict requirements from any telecommunications regulatory bodies are required for transmitting ore receiving data on this frequency range; therefore, more and more devices and technologies make use of this band for wireless data transmission.

Devices causing the most interferences in the wifi spectrum RF

As we have seen in the previous article on microwave oven interferences, in the 2.4GHz range coexist multiple devices and technologies that transmit data through the air, and not necessarily using the Wi-Fi technology (802.11).

The most common 2.4GHz transmission sources are: 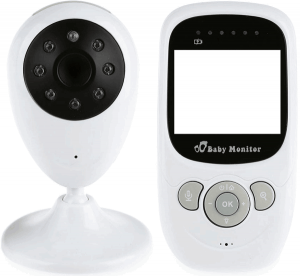 The coexistence of multiple technologies should not pose any problems since each one has their own communication protocols and mechanisms.

The problem appears when all these devices share the medium while using the same frequency ranges, being some of them more aggressive at the time of communicating or transmitting data.

If your office or facilities are located in city, on a building floor, if you work in a SOHO (Small Office/Home Office) or from home with teleworking, one of the problems that you will probably come across is interferences, not only coming from neighboring Wi-Fi networks.

Also from a number of wireless devices that make use of the same frequency range, interfering and saturating the wireless communications.

One of the most common interfering devices in urban environments, either big cities or suburban areas, such as campus dorms, is a wireless video camera, such as a security surveillance camera (wireless CCTV video camera), and baby monitor video cameras. 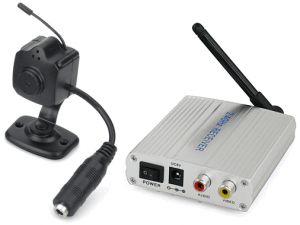 These cameras, that can be part of a surveillance infrastructure or could be used to monitor a baby while sleeping in a different room, are mostly used in urban environments.

Most small companies that cannot afford more sophisticated security systems are based, or residential areas, where around 90% of young couples with kids use baby monitor video cameras.

We can also find video broadcasters that are used to transmit TV signal image and sound to different household rooms, sometimes used to avoid the use or TV cable wiring.

Image and sound transmission is carried out through a continuous mode FM carrier operating in the 2.4GHz bandwidth range, and normally 4 channels can be used for retransmission.

Since these are devices that operate in an unlicensed band, they are usually of low quality and also transmit with the higher intensity possible, being often fitted with powerful antennas that increase radio action.

From the buyer’s point of view, this is a good practice, since the manufacturer has made sure the device supports long operative distances; however, this could have serious implications to our wireless networks. 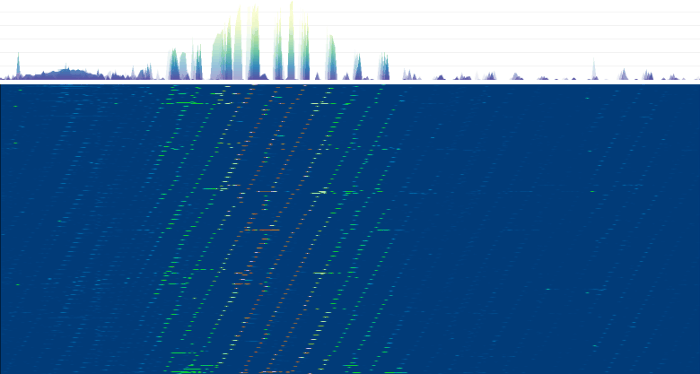 The most common noise and interference sources in corporate environment 2.4GHz RF spectrum is the presence of multiple wireless networks from the same company or from neighboring external offices and households. With a minimum network usage, access point notifications from announcing AP’s can be easily identified, but even when the network gets busier, data is always transmitted in an orderly manner. 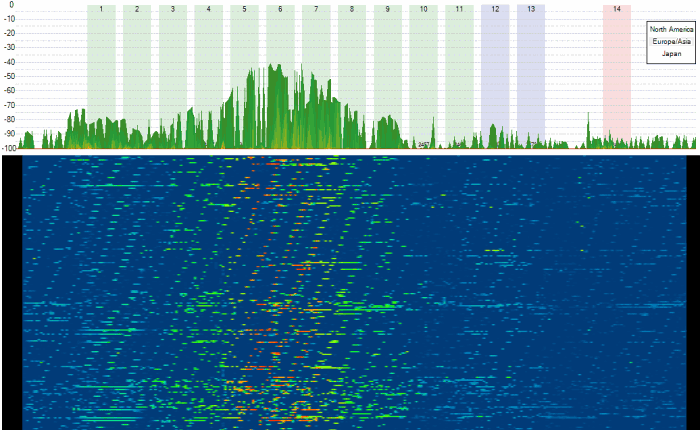 How does a wireless camera transmit

From the moment a wireless video camera comes into play and starts operating, we can identity a distinctive pattern in the spectrum that reveals three different peaks that reach a channel bandwidth of around 32MHz and that do not transmit data sporadicly, but rather continuously and with high signal strength. 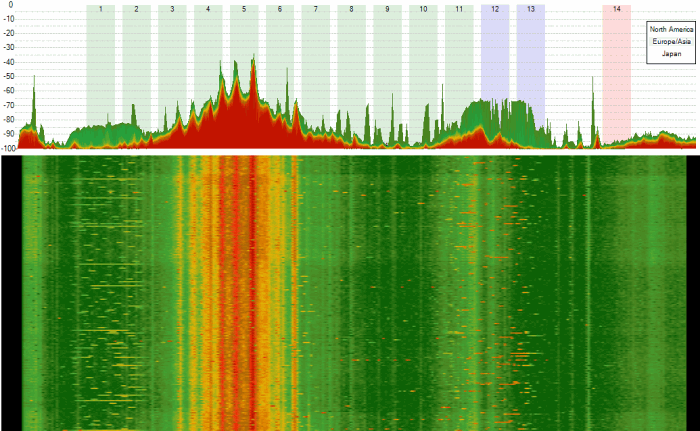 Problems caused by interferences in the wifi spectrum.

When we have one of these devices operating within our corporate wireless network coverage area, Wi-Fi communications are negatively impacted by the resulting noise and interference, causing problems such as:

The following image shows how the wireless network stops working when the CCTV camera is turned on: 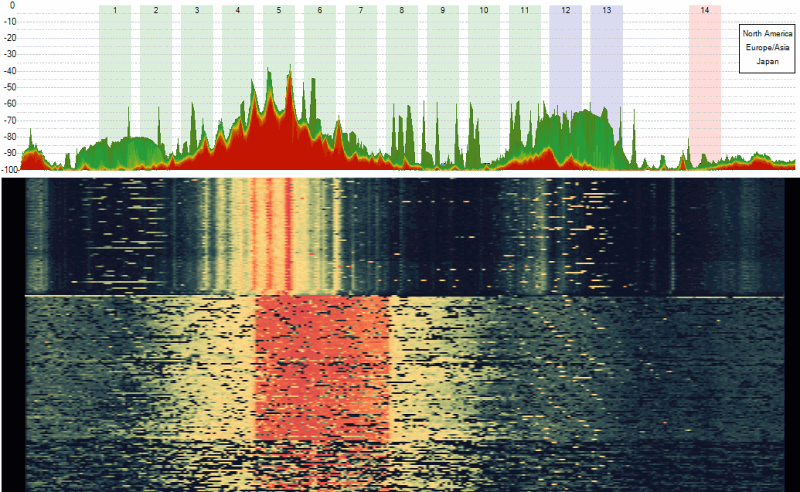 How to fix Wi-Fi interferences.

If any of these interfering devices are detected within your network coverage area, they should be replaced by less aggressive devices or their operating channels should be changed to avoid channel overlapping. Optionally, you can change your Wi-Fi network’s operating channel instead.

If these cameras are not removed, it is recommended to consider setting your wireless network to operate on the 5GHz widthband range, as long as the corporate devices support this configuration.

As you can see, everyday technologies affecting our wireless networks should be carefully taken into account, since not all of them are compatible with one another, and if we observe our network in not performing as expected, an active or passive site survey and spectrum analysis to measure and evaluate all the network parameters. 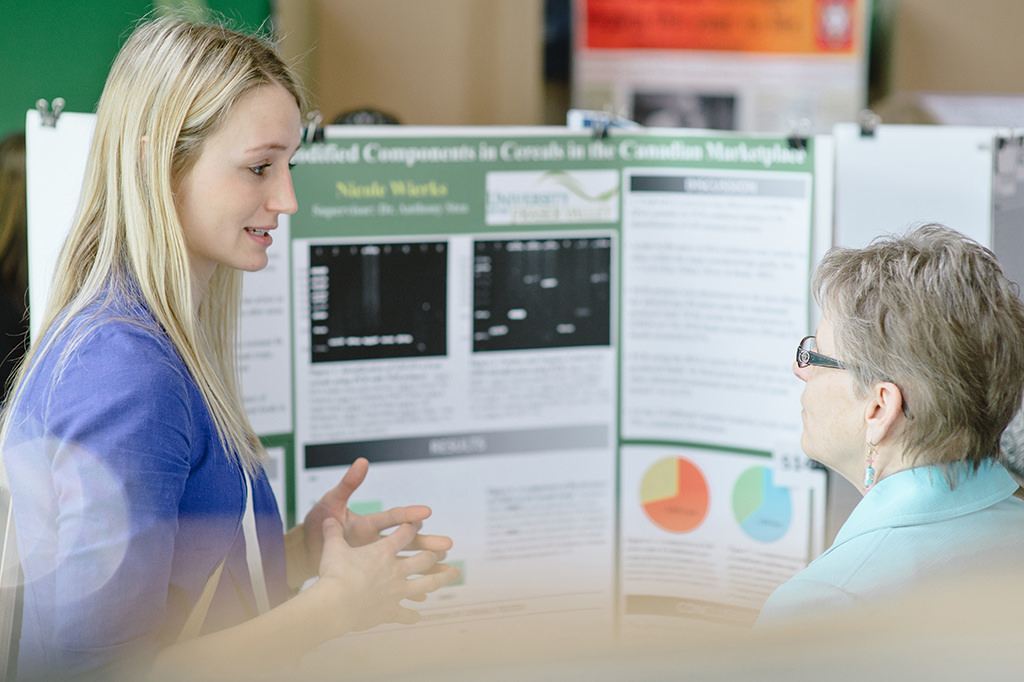 How to See WiFi Networks on Google Earth 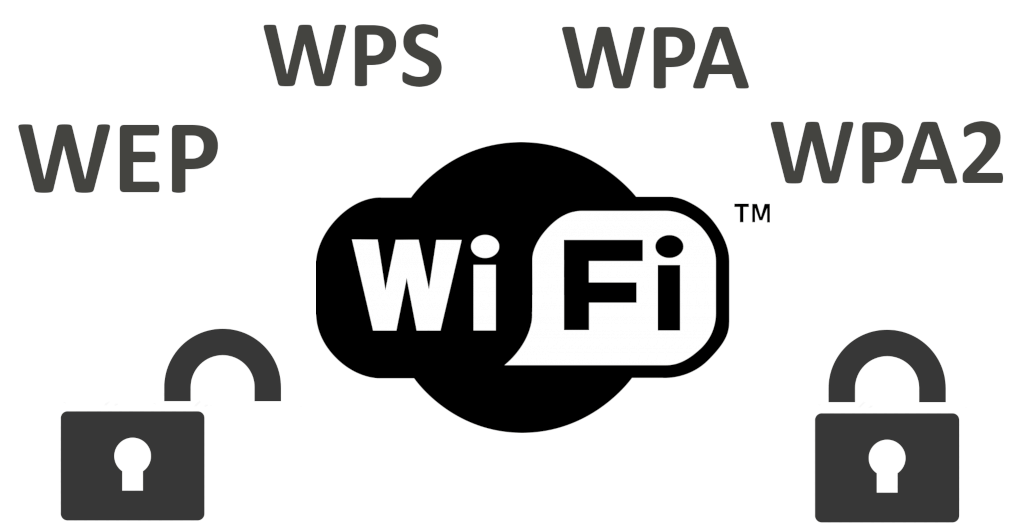 Is a WPA/WPA2 Wi-Fi network secure?