The wifi analyzer works with GPS devices to georeference 802.11 networks as well as stations (STA’s) that have been identified during the scanning process to later visualize these WiFi networks on Google Earth.

In this blog entry, we will explain how to perform a wireless capture on 802.11 networks and view the results in google earth and wireless data, including the localization of the detected devices and networks on a small project. The hardware used is the following:

Configuring and starting the GPS 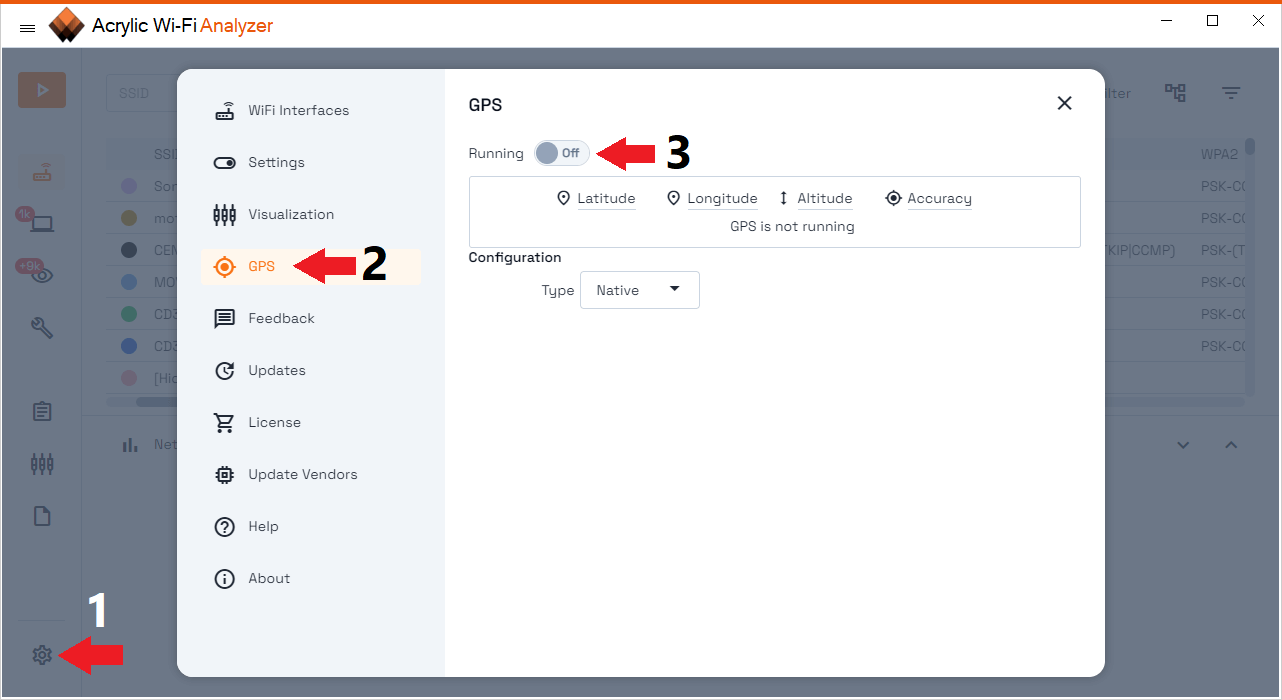 Remember that GPS does not work indoors and that it may take several minutes to obtain the latitude and longitude position.

Once the GPS device is configured and our position is identified, we can start identifying 802.11 networks and devices by starting a capture.

To do this we will go to the wifi devices section (4) and select the interface we want to use (5), close the configuration and start the capture normally with the “Play” button in the upper left corner. The use of GPS is a prerequisite to be able to visualize WiFi networks in Google Earth. 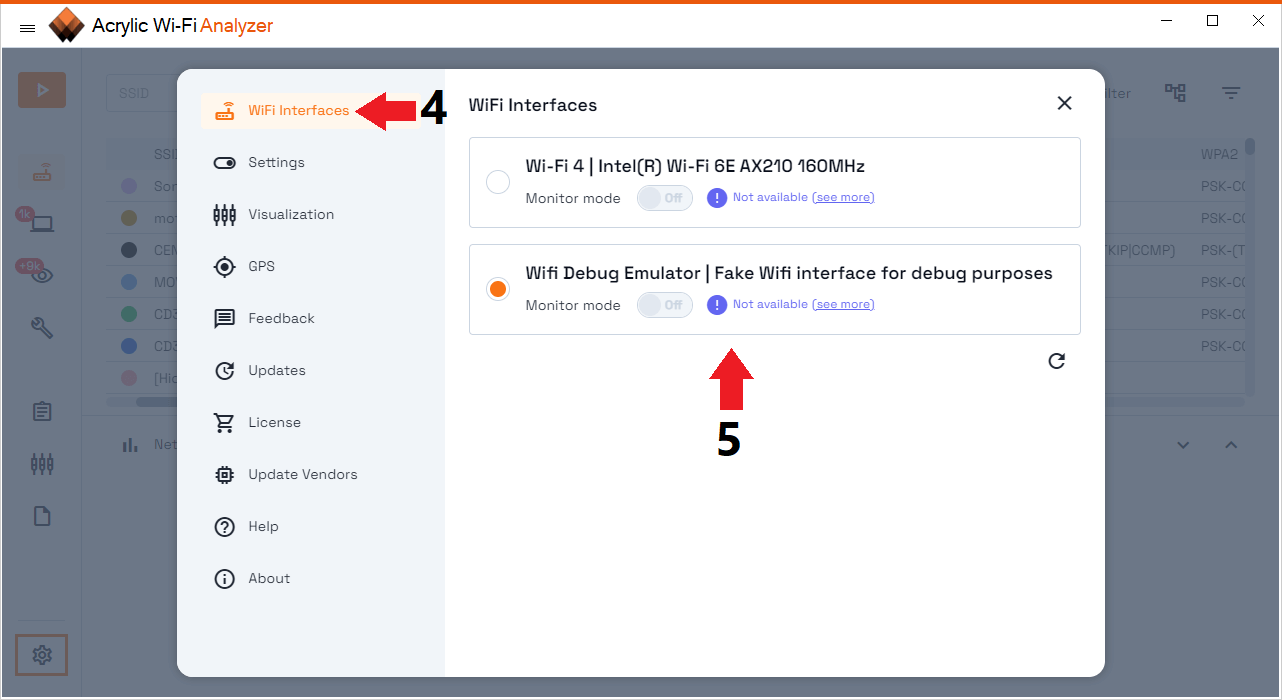 As the networks are identified, the last location where the access point was detected will be displayed, both for networks and devices. When the path is completed, select the “Stop” button (6) to end the capture. This is necessary to be able to view them later on google earth and wireless data.

Generate a KML with the geopositioned APs

With the functionality that allows the conversion of pcap captures to KML we will be able to transform the data captured with GPS into a KML file understood by the GIS tools. This tool is accessible through the “PCAP” options menu (8) and selecting the “Pcap to KML” option (9). 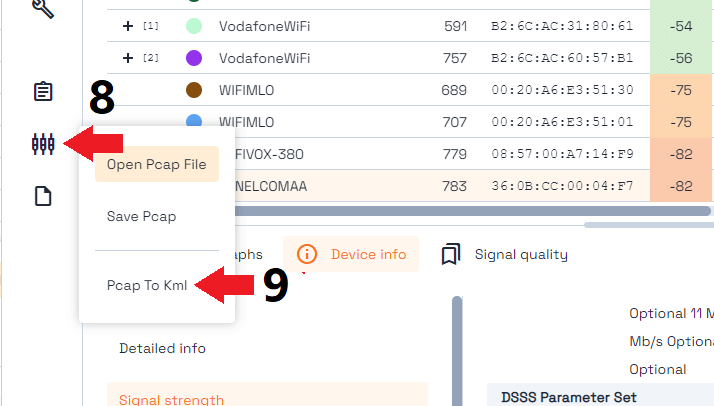 The WiFi capture file conversion process will generate two KML files, one containing the identified networks, and the other one including the detected stations (STA’s).

Finally, we will be able to open the KML capture file that includes the access points identified during the capture process using Google Earth to visualize the locations where wireless networks have been detected, including information such as SSID, network type, security type, signal strength, and channel. 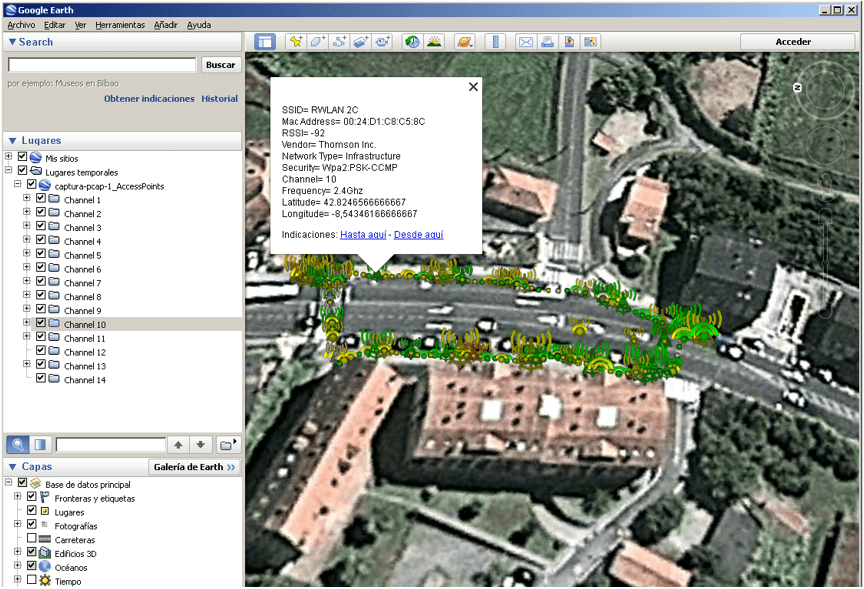