The following maps display Wi-Fi density, which can be understood as the number of access points or wireless client devices within a certain area. Client device density is an important parameter for Wi-Fi network deployments or area coverage analysis. 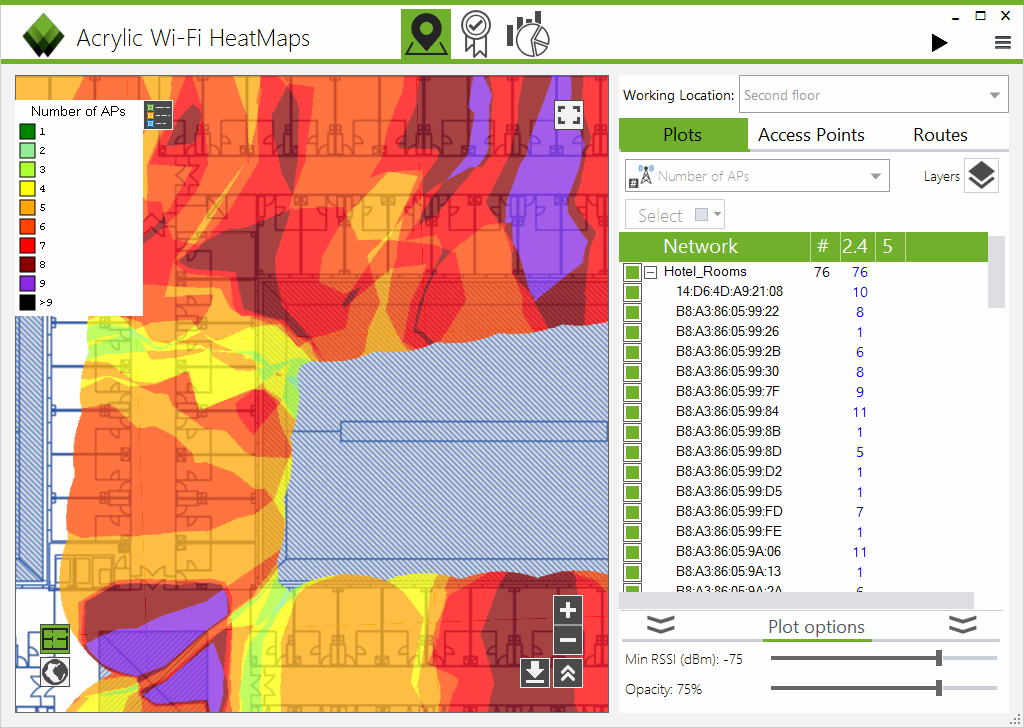 AP Wi-Fi density maps are used to identify Wi-Fi zones with a high density of access points, allowing you to analyze if the network has been properly deployed, or if the infrastructure can support a high number of users.

This is another way to check for network saturation. A uniform Wi-Fi access point distribution across the coverage area is desirable.

Depending on the number of detected client devices within the measured area, an access point deployment planning check might be necessary to make sure the architecture capacity planning aligns with the collected data on Wi-Fi client device density. 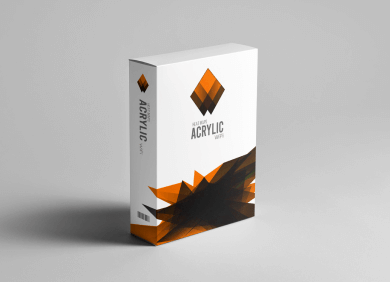 How to activate Acrylic?